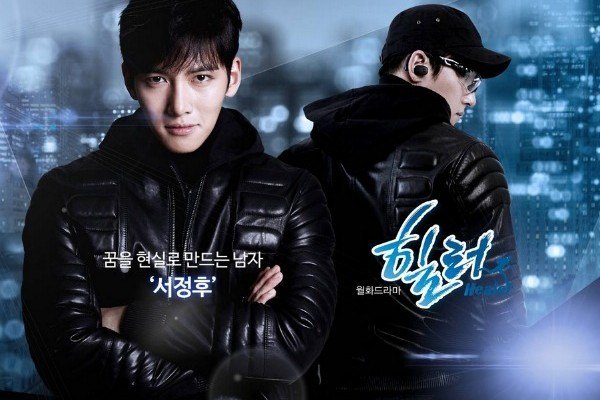 I have always had a soft spot in my geek girl heart for superhero / secret identity / vigilante stories. Healer hit ALL of my favorite story pleasure points and so as a result, I admit I am totally blind to the shortcomings that I know are there.

Essentially, this is a blend of the shows of Daredevil, Person of Interest along with a Lois and Clark romance threaded through the romantic suspense story. Seo Jung Ho (Ji Chang Wook) is the “Healer,” a vigilante for hire who will do anything short of murder. Young Shin (Park Min Young) is a reporter for a celebrity online news site whose DNA he is tasked with grabbing. Things get complicated and Jung Ho ends up going undercover at Young Shin’s news site as the nervous helpless Park Bong Soo. As they stumble upon corruption and conspiracy in their investigations, they soon discover that they have a shared past.

I’m pretty sure that this going to be one of my favorite K-Dramas of all time. The actor Ji Chang Wook does an AMAZING job of portraying the bad ass Batman-like character of Healer and his dorky Clark Kent civilian identity, sometimes within seconds of the same scene. His expression changes, his body language changes, all within split seconds. And Ji Chang Wook is totally one of those actors who acts with his eyes. Every flickering angst of emotion is in there, especially in the phone conversations with Young Shin where he’s delighted to talk to her as Bong Soo, but then realizes that she has a crush on his Healer alter-ego. 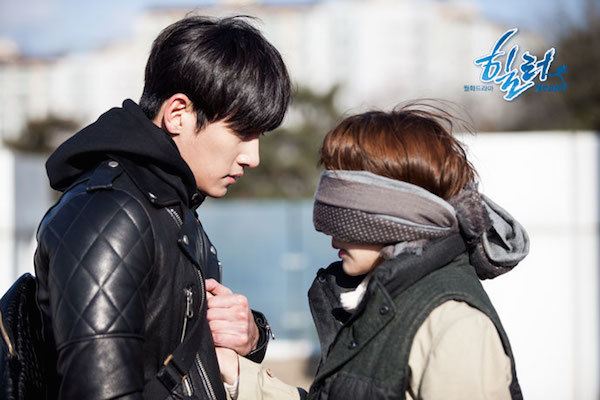 In this review I’m only going to talk about how this show does such an excellent job with the use of motif to underscore the recurring themes of the story. (For a truly amazing comprehensive analysis of this show, check out FangirlVerdict’s Healer review here).

When the story opens, Jung Ho’s goal is to make enough money to buy an island where he’ll live by himself far away from people. There’s a wildlife documentary featuring a leopard in the background, and as you watch, you realize that Jung Ho is that solitary wild animal, unaccustomed to human society because of his bizarre solitary upbringing and training. (After his father died mysteriously, his mother remarried and his father’s martial arts master buddy brought him up, teaching him parkour and how to fight). After he turned 18, his teacher left him a suitcase full of porn as a farewell gift and left. Aside from the hacker Jo Minja (who Jung Ho calls Ajumma,  which means “older auntie,” in Korean and is a more a form of address, like Ms.,) who Jung Ho has never met despite working with her for the last 7 years, Jung Ho has basically been on his own as the Healer.

So when Young Shin grabs his hand when he is in his Clark Kent mode, it’s probably the first time he’s had human contact with that didn’t involve fighting. Later, when Young Shin blindfolds herself to talk to the Healer on the rooftop, she grabs his bare hand. There’s a moment of connection, one that is completely confusing to her later when she accidentally grab’s Bong Sow’s hand. Later, when the Healer agrees to a “date,” (because Jung Ho plans to reveal himself), there’s a moment in which Jung Ho is standing in the shadows by a doorway and she’s on her way out. Jung Ho grabs her hand, and they just stand there holding hands, him in the shadows, her looking towards the light. He’s not wearing a disguise, waiting for her to pull him into the light and finally see him for who he is.

But she never looks because that’s what she promised him. She’s, determined to show that she accepts him for who he is, secrets and all.

Plot happens and eventually Young Shin realizes just who Clark Kent really is but rather than confronting him, there’s this fascinating conversation where all the meaning is in the subtext. She tells him she’s angry, but that someone probably has a good reason for their secrets and that she’s going to be patient and wait. Clark Kent is so deliciously torn which makes for this delicious blocking of their movements when she walks away from him. As she does, he makes up his mind to reach behind him for her hand, but of course he reaches for her just a little too late.

But that set up in turn makes how they come together that much more meaningful. When Jung Ho’s teacher takes Jung Ho’s place and allows himself to be captured and killed, Jung Ho is shaking with rage, and ready to take off to kill his teacher’s killer.  Only Ajumma’s warning that doing so puts Young Shin’s biological mom (who Young Shin doesn’t know) at risk, keeps him from going. He has no idea how to deal with his rage and pain (at one point earlier in the series, Ajumma asks Jung Ho’s teacher if Jung Ho is autistic as they suspect, and the response is that Jung Ho will be fine), and so retreats to his secret hideout in an abandoned building, where he turns off all his connections, unplugs his phone and is completely unreachable.

Ajumma is worried and thus knows that the only person who might have a chance of reaching Jung Ho (and getting through his traps to his secret lair) is Young Shin.

Plucky Young Shin (with Ajumma’s help) gets in and finds Jung Ho in bed, but so cold. She curls up with him under the covers to try to get him warm. Later when he wakes up, he’s intent on throwing her out, but he’s so weak from not eating he can’t. He keeps trying to get rid of her, telling her she doesn’t know who he really is or what he’s been keeping from her, or how he could hurt her.

But in one of my favorite moments of this series, she hugs him. At first he doesn’t respond, but he’s been so starved of human touch, that he can’t help but hug her back. Tears fall from his eyes, and they kiss ::swoon::

We then cut to the next morning with some lovely cuddles (yes the implication is that they’ve slept together, yes before Young Shin even knows his real name). But later when they get out of bed, Jung Ho is so happy and amazed, partially unconvinced that she isn’t just a dream that he can’t stop touching her. Actually, he’s more like a human blanket, draping himself over her every chance he can get - when she’s tending to his wound, when she’s cooking. Normally I’d be like WTF (because I’m at the point in my relationship where I'm like WHY ARE YOU IN MY WAY WHEN I’M COOKING) but because there was this thematic emphasis on how touch-starved Jung Ho was, it worked.

Other things I really liked:

-Ajumma-hacker Jo Min-ja - the bad ass superhero’s brilliant hacker partner is a caustic older woman with big hair and funky socks who knits while planning heists. She’s gruff but really does care about Jung Ho. I could devote a whole entire blog post to the awesomeness of Ajumma

-The ending of the long conspiracy circle running the country seemed kind of rushed.

-The love that Jung Ho showed his mom was adorable. HOWEVER (This is probably more of cultural thing) the fact that she felt she had to leave Jung Ho to be raised by a random friend of her dead husband in an abandoned building so that she could be remarried and start a new family was just not satisfying to me at all. There was a scene in which step dad confronts Jung Ho that I found rather strange. I don’t know. But young Jung Ho definitely deserved better than to be left by practically every adult who was supposed to take care of him.

I know that the Korean domestic audience did not embrace this show because in part they found it too predictable. And I suppose that is true, if you are viewing from a romantic suspense genre type of angle. But I wonder if because superhero / vigilante tropes are more common in American culture? I found that the 20 episode format forced a reckoning when it came to Healer’s secret identity much more quickly than say, an American superhero show like Green Arrow (which has multiple seasons to run).

Anyways, if you love a Clark Kent / Lois Lan secret identity dynamic to your romance, Healer is definitely going to satisfy that craving. In the U.S., it's available on Viki.