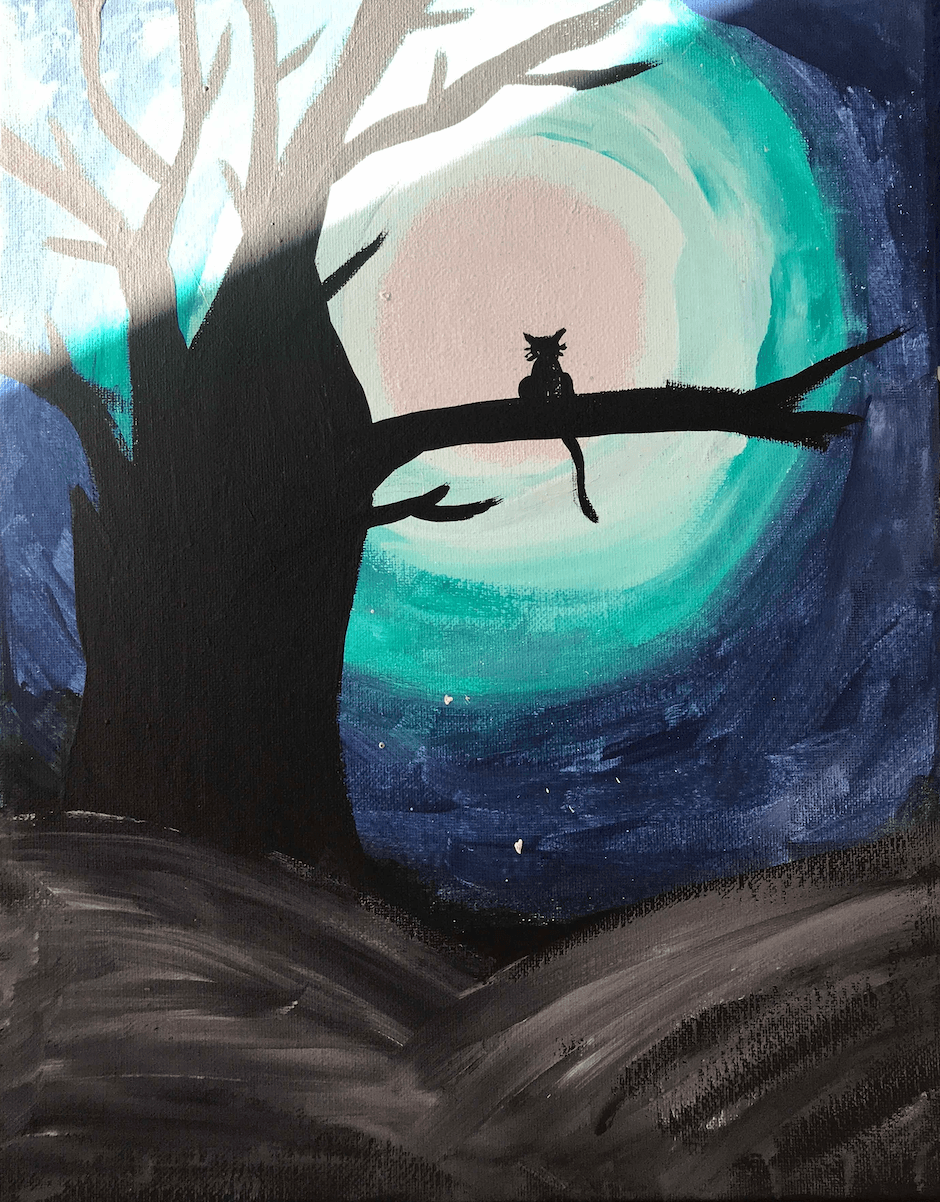 Want to learn how to paint this painting?

Are the people in your house driving you crazy?

Looking for something different to do?

Bring your drink of choice

and call up your friends, virtually join and me my romance author

Bring your own supplies and paint along with us! We show you how to paint this painting from start to finish (ignore the sunlight glare in the upper left corner of the photo)

Do you know who this vampire is? 🙂 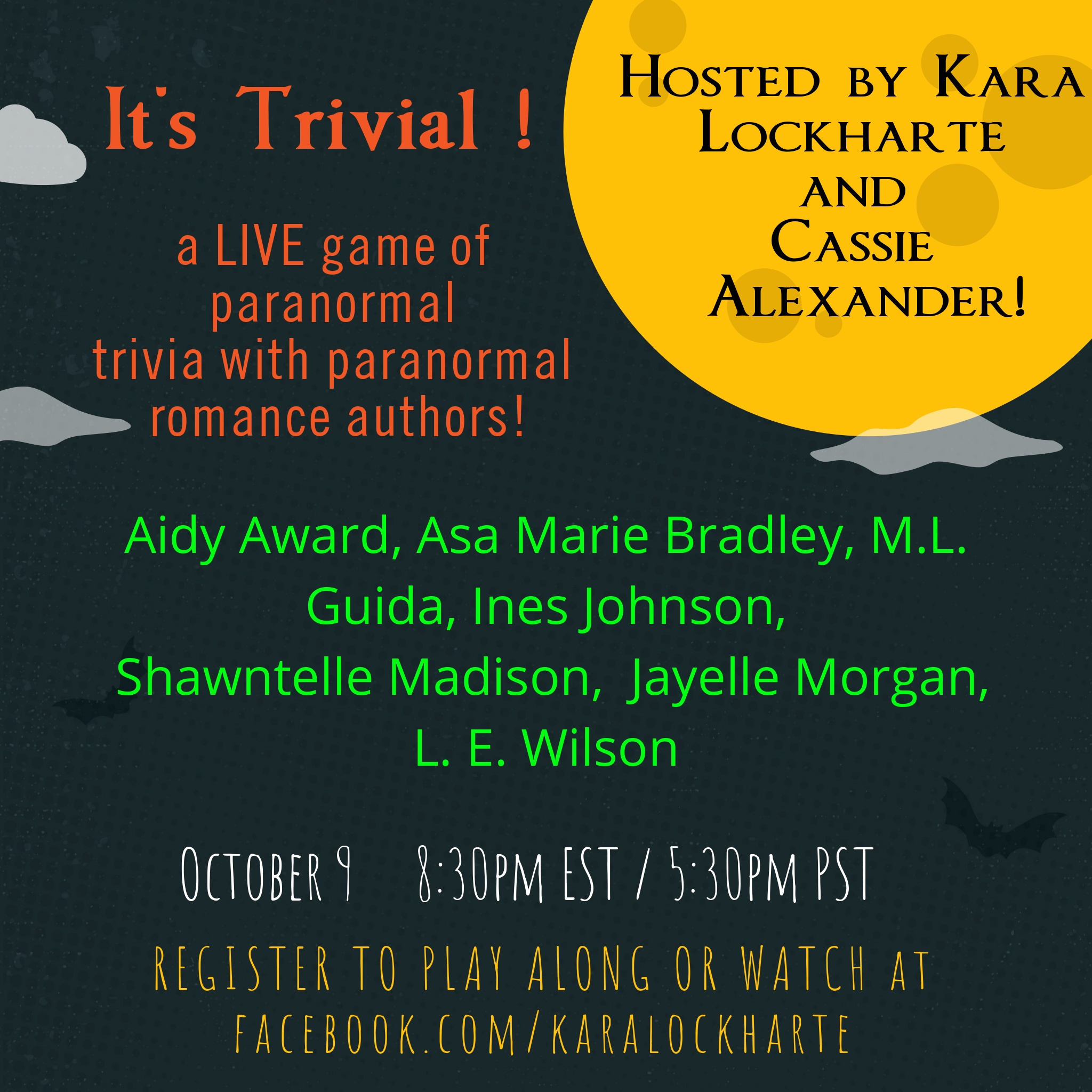 Do you want to watch the show and see how you stack up against us? The link to the video replay is here on Facebook!

And it will ONLY be free for 5 days from 10/5-10/9! Start this hot series NOW because the FINAL book (DRAGON MATED) in this sexy urban fantasy romance is coming out on October 13!

Like scales sliding over scales, he felt a rearrangement of the space he held—as a man and a dragon—making room for possibility. He had known hunger, and he had known lust, but now what he wanted was something more, and he wished the table were narrower so he could reach across it and catch her hands with his, as she went on.

“And that’s why I deserve the truth from you,” she went on. “You’re not normal—and I know that. So, don’t lie to me, and don’t pretend. I may not need to know everything, but I don’t have time in my life for someone who holds back. I’ve had too many of those relationships before—they’re not healthy.”

The pain of something that hadn’t shown up in his background check clearly arced across her face. “And what if I’m holding back for your own well-being?” he asked her.

Her full lips fell into a pout. He’d already noticed how often she would bite them when she was nervous—little did she know how that tempted him to bite them too. “Remember what you said earlier about patriarchal bull?”

Damian was forced to laugh. “Andi—” he began, ready to defend himself, which was becoming harder and harder in her presence, and then her phone rang. She blanched, and then reached for her clutch quickly.

“Don’t be. Take your time,” he said graciously. He rather liked it when she was disconcerted.

“So, not now…” Andi said, instead of answering the phone.

“Are you rambunctious?” blurted out the person on the far end of the line, and Damian would’ve had no problem hearing them even as a human. Her next sentence was a little softer, though. “He was hot, so I gave him an extra thirty minutes to murder you, if you know what I mean.”

“Thanks, and I’m fine,” Andi said definitively, hanging up her phone and setting it far away from herself on the table before returning her attention to him. “My roommate was worried you were a serial killer.”

“I guess that makes sense—considering what I saw.” She stared at the table, likely remembering his dragon and the shimmer-tiger.

“It was fairly intense, and you were up close,” he pressed. “All that blood and fear.” If she was going to break, he wanted it to happen now, when he could escape with only paying in money.

She seemed to consider things for a long while and then looked up at him again, her gaze steady. “You’d be surprised how used to danger I am.”

His dragon had heard the challenge in her voice and longed to answer. Leave this place. Go and take her.

Damian let his eyes trail over her, remembering the heat of her lips, the smooth sweep of her skin. She had to know what she was asking, didn’t she? He could feel his urges, filling him up, making him ache. It felt like he’d done nothing but ache since he’d met her. And he knew if given half the chance… No, he told his dragon, feeling it roil in anguish before he finished his thought. I’ll take her here. His dragon purred and settled in, waiting just underneath his skin.

We all know what’s happening and we’re all tired of the real world.

As the days get darker and colder, I know all of us could use a momentary escape AWAY FROM REAL LIFE which is why I’m getting together with a bunch of paranormal romance author buddies to bring to you a monthlong virtual paranormal romance readers con with LIVE events!

Here is where Cassie Alexander and I are going to be for our appearances as part of the Paranormal Romance Readers Con next week!

Thursday, Oct 8, 2020, 8 pm EST/ 5 pm PST – Last Two Episodes of Lucifer Netflix Party with Kara Lockharte and Cassie Alexander
(I’ve only watched a few episodes of Lucifer, and while I can’t deny he’s hot, I never came around back to it. Cassie on the other hand, is a big fan, so this is her attempt to convince me I need to watch the whole series.
Where: https://www.facebook.com/groups/KaraLockharteSocietyofExtraordinaryReaders (the netflix watch party info will be posted in MY Facebook group 15 mins beforehand so make sure you join my facebook group! Sorry, you must already have a netflix subscription in order to participate!)

Friday, Oct 9, 2020, 8:30 EST / 5:30 PST – It’s Trivial! A game of Paranormal Trivia! – Live! with Kara Lockharte, Cassie Alexander and friends! Are you a mistress of paranormal pop trivia? Show off your knowledge of vampires, werewolves and witches from tv, movies and books!REGISTER IN ADVANCE ON ZOOM TO PLAY WITH US http://links.karalockharte.com/TriviaWithKara or just tune into watch at https://www.facebook.com/karalockharte !

These are just a few of the events next week! See the full schedule at https://www.facebook.com/Paranormal-Romance-Reader-Con-102945348240810